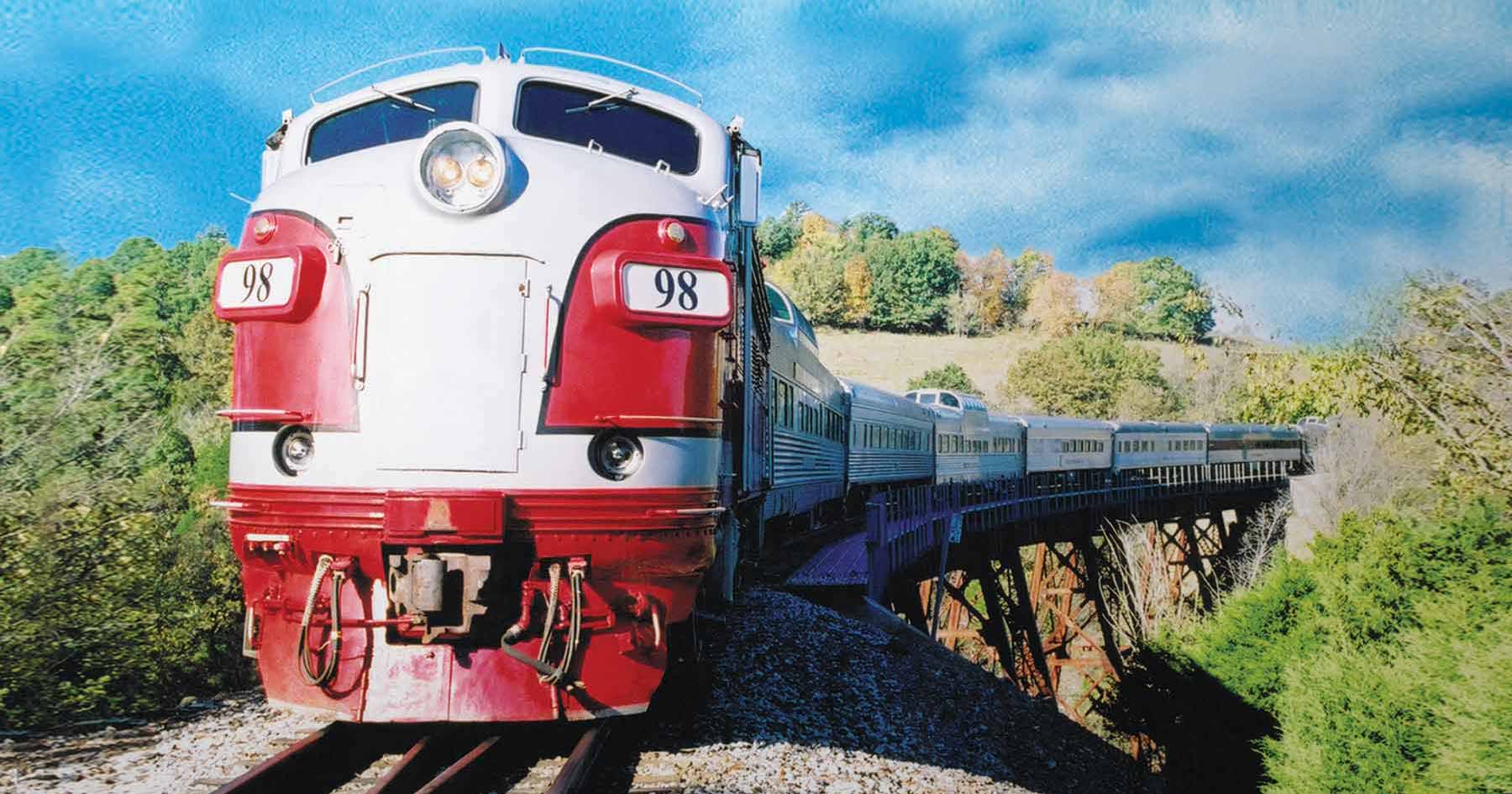 America's romance with the vintage passenger train lives on through excursions on the Branson Scenic Railway© aboard a collection of unique passenger cars that travel through the foothills of the Ozark Mountains. This one hour 45 minute trip takes passengers through tunnels, over trestles, and through the southwest Missouri or northwest Arkansas wilderness that is still home to much wildlife and to the ruins of long-ago communities now named only on railroad maps.

The historic 1905 depot in downtown Branson, just one block west of Lake Taneycomo (formerly the White River), is the headquarters for the Branson Scenic Railway©. The depot houses the administrative offices, the reservation and ticket office, and a gift shop that carries many train items.

Traveling on a working commercial railroad line, the train's direction of travel (depending on freight traffic and/or track conditions) is determined by the Missouri and Northern Arkansas Railroad just prior to departure. At that time, the train will go either north or south. (All excursions depart from the old depot.) The northern route goes as far as Galena, Missouri, to the James River Valley; and the southern route extends into Arkansas to the Barren Fork Trestle. Three to four times daily, depending on the season, Branson Scenic Railway© explores territory inaccessible by automobile and offers views that are unattainable by any other means of transportation. A lively narration points out the landmarks such as Crest Tunnel, Cricket Tunnel, Walnut Creek Trestle, Barren Fork Trestle, and Tharp's Grade; and the extinct communities of Gretna, Melva, and Ruth are described as they were in the early 20th century. Also included in the narration is a description of the wildlife and landscape and an outline of the railroad's role in shaping the Ozarks. The routes take passengers about 20 miles from Branson before reversing direction and returning on the same tracks.

Although there is plenty to see through the broad windows and the three dome cars with their panoramic views, visiting each car can occupy much of the excursion. Seating is unassigned, and passengers are invited to tour the entire train. (Since boarding numbers are issued in the order the reservation is made, it is suggested that reservations be made as early as possible.) The cars have been restored and refurbished to offer the same first-class experience and ambiance to today's passengers as to those they carried fifty years ago. There is also a concession area aboard the Silver Lake car that offers refreshments for purchase.

April through October on Saturdays at 5:00 PM, a dinner train is offered. A four-course candlelight meal is served, and the guests are treated to traditional style dining that was the ultimate experience long ago when riding on the rails. (Seating is limited on the dinner train; reservations are required.)