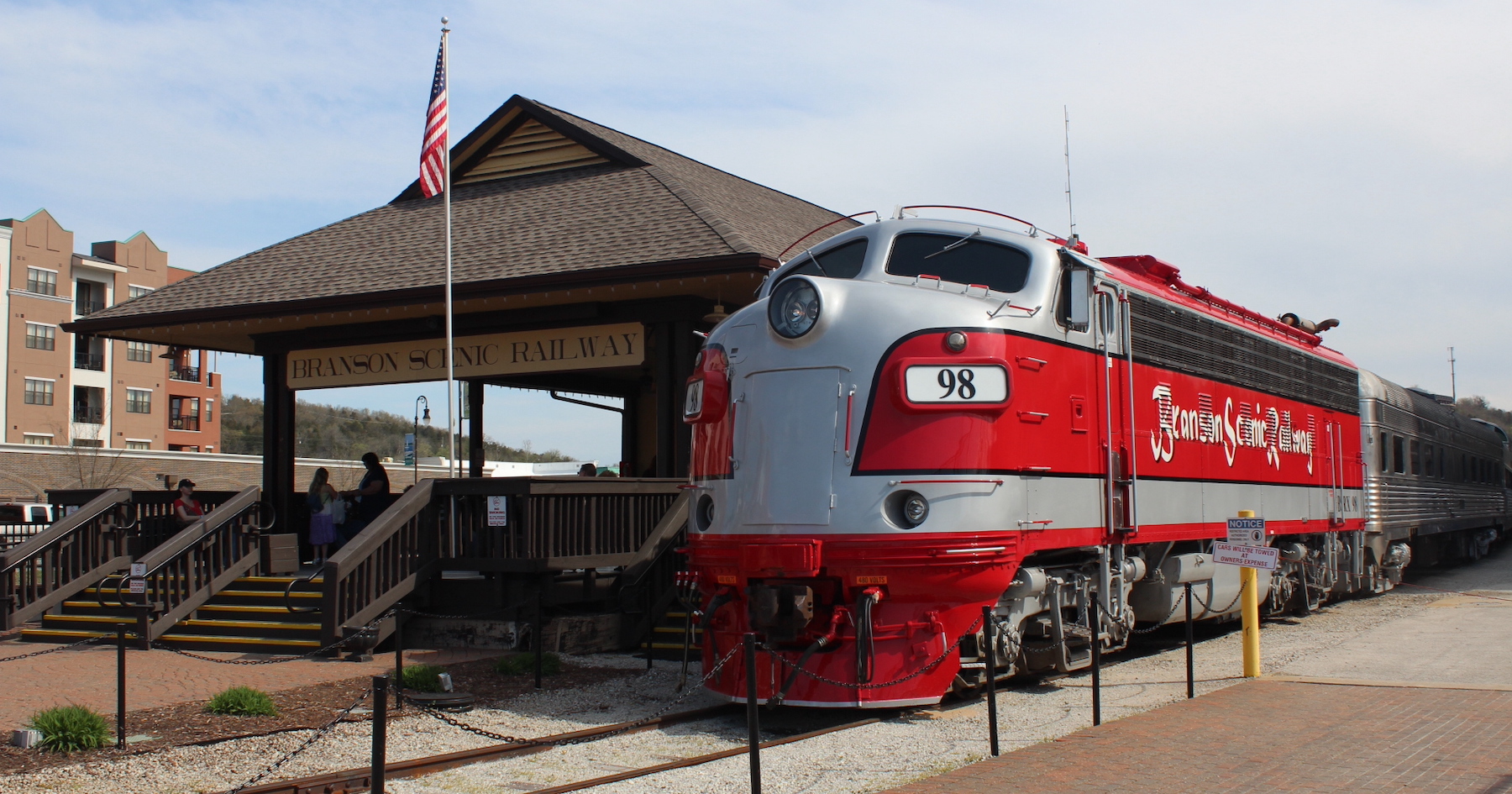 The comfort of the vintage passenger cars is quite a contrast to the harsh realities the railroad pioneers found when they undertook bringing rail service to the Ozarks. Laying the tracks for the White River Railway was possibly the most difficult construction task ever undertaken in the Ozarks. It meant creating hundreds of miles of level surface where there were only rugged hills and valleys. It meant stretching tall trestles across valleys and blasting long, damp tunnels through mountains of solid rock. The project required thousands more workers and millions more dollars than railroad construction in a more accommodating terrain. But its difficulty is surpassed by the accomplishment and the opportunities the railroad provided the struggling Ozarks pioneers.

The railway was built in two sections: a northward line beginning at Batesville, Arkansas, and the other going south from Carthage, Missouri. Construction began in January 1902, and the final spike was driven on December 29, 1905, which joined the northern and southern sections. The 239 miles of track cost more than $12 million- about six times normal rail construction costs. According to the White River Railway, an intricately detailed book by Walter M. Adams, in October 1901, laborers were paid $1.25 to $1.50 per day, and men with teams were paid $2.50 to $3.00 per day. This helps to put the total cost of the railway in perspective for that time in history.

The town of Branson is a product of the railroad. Adams writes, "It started out, as did most Ozark towns, as a country store owned by one Rueben S. Branson who was granted a post office in 1882 while on Bull Creek, north or in this case down river from the present location. In 1883 Branson moved to the confluence of Roark Creek and the White River. Here speculators established a small town called 'Lucia' and on May 2, 1901, the post office was renamed Lucia. With the arrival of the railroad, rival land speculators got busy and bought up land to the west and north of Lucia. This was the Branson Town Corporation with Charles R. Fulbright as president. Fulbright also held the title as 'immigration agent' for the Iron Mountain Railroad. The official plat of Lucia was filed on October 2, 1903 while that of Branson was filed October 26, 1903. When it became obvious that the railroad would run only through the Branson Town Company's plat the land owners of Lucia sold their interests to the town company. Both 'towns' maintained their own newspapers for a time, the Lucia 'Locomotive' and the Branson 'Echo'. On June 11, 1904, the post office was renamed 'Branson' and the adjoining communities were finally incorporated as Branson April 1, 1912."

The construction of the White River Railway in the early 1900s made the area accessible for tourists and is largely responsible for the development of Branson and the Ozarks as a tourism destination. Before the area's economy was based on tourism, the railroad served a traditional industrial purpose, which continues to this day.

The railroad is known as the White River Route. The route crosses the White River in Branson, now Lake Taneycomo, and then runs along side of it after taking a fifty-mile "short cut" over the Ozark Mountains. This was part of the Missouri Pacific Railroad between Kansas City, Missouri, and Little Rock, Arkansas. It became a part of the Union Pacific after the UP bought the MOPAC. The Missouri and Northern Arkansas Railroad now operates the line. In 1993, the Branson Scenic Railway© was formed, and through a lease arrangement with the MNA, runs excursions through this historic route March through December.